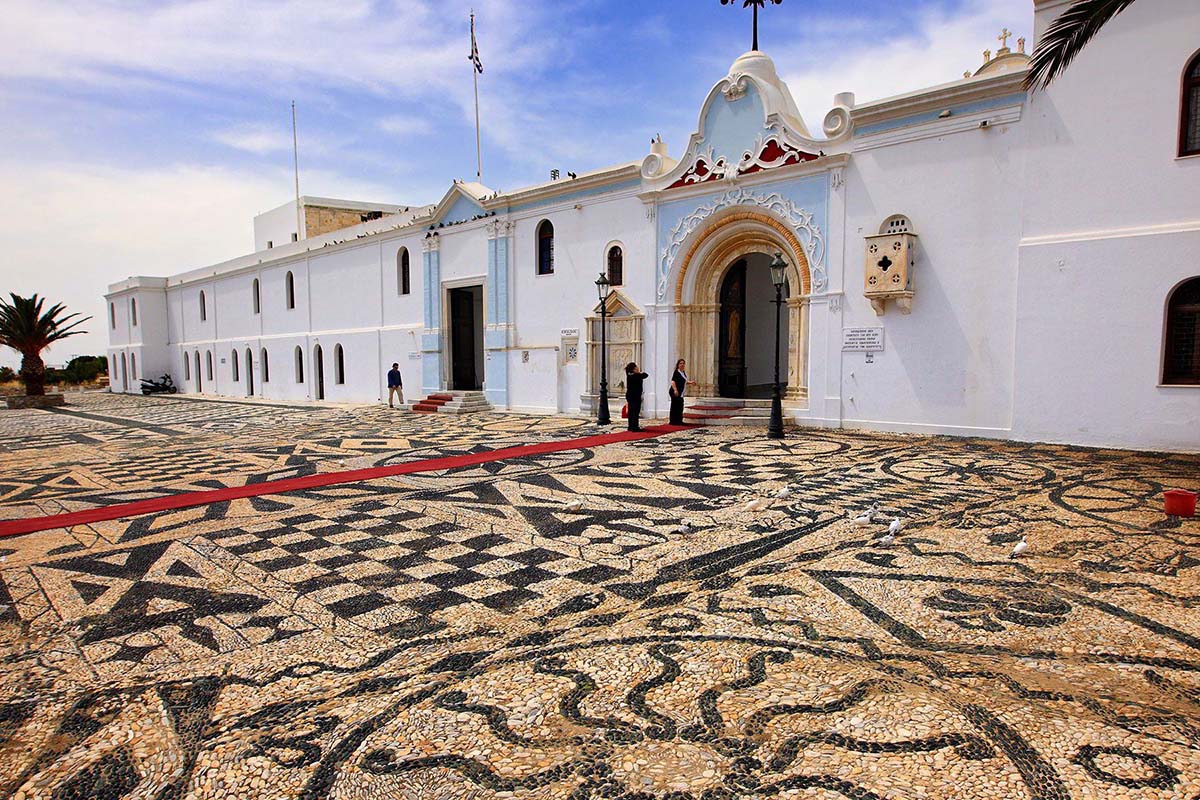 What to do on Tinos island

Pyrgos, Kardiani, Ysternia, Ktikado, Triantaros-Berdemiaros, Falatados, Loutra, Tripotamos. The villages of Tinos are like ornaments decorating the island’s slopes and valleys. Walk among them, one by one: there is marble everywhere, especially in the squares with fountains where you’ll cool off with a drink of water. Take a break at a traditional cafe in the shade of the sycamore trees and have a coffee or a bite to eat. There is always Tinian cheese, louza (smoked meat) and sweet raki on offer. Now that’s real hospitality!

Take a food tour of Tinos

Learn about Tinos’ extraordinary marble tradition
Legend says that the great ancient sculptor Phidias taught his craft on Tinos. And who’s going to argue with legend? At the museums of Tinos (The Cultural Centre of Tinos and The Museum of Marble Crafts and Tinian Artists in Pyrgos, amongst them), you will admire immortal works of Neohellenic sculpture. Renowned sculptors Giannoulis Halepas, Dimitris Filippis, the Fitali brothers, Lazaros Sochos and Georgios Vitalis have all left their mark here. Learn the secrets of their art by taking classes at the marble sculpture workshops.

Keep an eye out for the masterful dovecotes

Peristeriones (as they are called in Greek) are a feature of the Tinos landscape and considered some of the most impressive works of art in the Cyclades. There are over 600 dovecotes (houses for domesticated doves and pigeons) made of slate, stone and limestone and covered with lithographs. The pigeons and doves swoop around them, but you’ll need a trigger finger on your camera to catch them in flight!

Witness the pilgrimage to the holy island of the Cyclades

Every year, on August 15, thousands of believers descend upon Tinos island to accompany the procession of the miraculous icon. You can hardly make out the icon of Panagia Evangelistria, hidden behind the numerous offerings that surround it. On their knees, pilgrims begin the ascent from the port to the church, overlooking Tinos town since 1880.

Surrounding the village of Volax is a surrealistic plateau with huge boulders, strewn like the abandoned toys of a playful giant. The round boulders of all different sizes are hundreds of years old. They look like meteorites but are, apparently, the geological phenomenon of erosion. Experience the wild beauty of this lunar landscape, crossing the region of Kakovolo, from Falatado to Panagia Kaki Skala.

Climb to the peak of Exomvourgo and view the Cyclades

Some 640m above sea level, the mountain of Exomvourgo stands out among the island’s landmarks. At its base, you will find the Catholic Monastery of Ieras Kardias (Sacred Heart), one of the most impressive attractions on the island. The fortress of Exomvourgo, at the peak, was once the highest in the Aegean, but it was besieged and destroyed by the Turks in 1715. From up high, you can see not only Tinos but also the islands of Samos, Ikaria, Naxos and Delos… Breathe in the Aegean!

What you can read next

Tinos: A delicious slice of heaven in the Cyclades 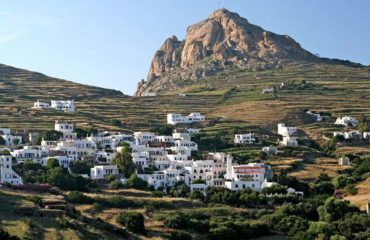 ENJOY YOUR TRIP TO TINOS!

Aeolos Bay welcomes you in the center of Tinos just a few steps away from the church
of Megalochari, the beach of Agios Fokas and promises to give you an unforgettable
and hospitable stay in magnificent Thnos.

Aeolos Bay is located in the center of Tinos and consists of 69 fully equipped rooms with mountain or sea view, and also has a swimming pool with pool bar. The facilities and services of the hotel in combination with its central location will offer you an unforgettable vacation in Tinos!

Find out more or adjust your settings.

This website uses cookies so that we can provide you with the best user experience possible. Cookie information is stored in your browser and performs functions such as recognising you when you return to our website and helping our team to understand which sections of the website you find most interesting and useful.

Strictly Necessary Cookie should be enabled at all times so that we can save your preferences for cookie settings.

If you disable this cookie, we will not be able to save your preferences. This means that every time you visit this website you will need to enable or disable cookies again.

This website uses Google Analytics to collect anonymous information such as the number of visitors to the site, and the most popular pages.

Please enable Strictly Necessary Cookies first so that we can save your preferences!